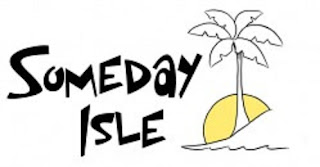 There are great goals that everyone has. We all want to make it, spend more time with the people you love, be fit and trim, and achieve financial independence.

Not only do we all want the same things, but we all know what we have to do to achieve them. And we all intend to do those things, sometimes! But before we get started, we decide that we need to be make a little vacation to a wonderful fantasy place called ‘someday isle’.

We say that “someday I’ll read that book. Someday I’ll start that exercise program. Someday I’ll upgrade my skills and earn more money. Someday I’ll get my finances under control and get out of debt. Someday I’ll do all those things that I know I need to do to achieve all my goals. Someday.”

80% of the population lives on someday isle most of the time. They think and dream and fantansize about all the things they are going to do “someday.” And who are they surrounded by on someday isle? Other people on someday isle? Excuses! They all sit around and swap excuses for being on the island. Why are you here? They asked one another. Not surprising, their excuses are largely the same: “I don’t have a happy childhood,” “My case is really critical,” “I don’t have a happy family,” “No one appreciates me” or “The economy is terrible.”
They have come down with the disease of “excusitis,” which is invariable fatal to success. They all have good intentions, but as everyone knows,” The road to hell is paved with good intentions.”

The first rule of success is simple: Vote yourself off the island! No more excuses! Do it or don’t do it â€” but don’t make excuses. Stop using your incredible brain to think up, elaborate rationalization and justifications for not taking actions. Do something. Get on with it! Come out of that Island.

CARVE OUT YOUR LEGACY
THE PRICE OF BEING A STANDARD
TELL ME WHAT YOU'D LEAVE BEHIND
It Is Not About Being Number One!
Post Views: 328

One Reply to “Someday Isle”