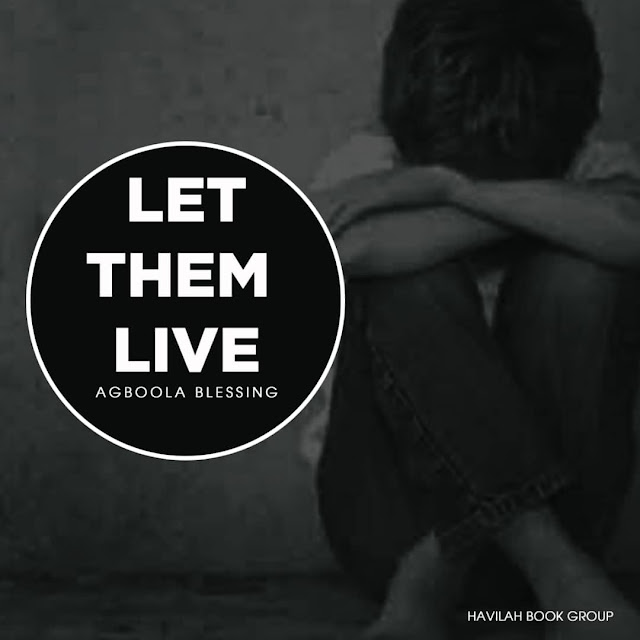 The moment a child is safely conceived, his/her birth brings joy to both parent and well wishers. Then, there’s the question of the child’s gender. “Is the child a boy or a girl?” Being curious as to the child’s gender is natural, as it subconsciously creates the impression of who the child is going to be .If the child is a boy, right from birth,there are unspoken expectations from the child. Who is he going to grow up to be? Is he going to take after any of his parents or his paternal grandfather? Is he going to be ‘stubborn’ like his maternal grandmother or charismatic like his paternal grandmother? These are questions that runs through the mind. As it is, a reasonable mother wants to raise that little boy to become successful and the envy of all.

As the baby boy grows up, he is still immune and oblivious to societal expectations from him. He’s still soft, he cries when he’s sad, he’s still permitted to be weak, to cuddle, to throw a tantrum which is permissible for a child his age and stage. At a certain age, when the child starts knowing the difference between right and wrong, societal expectation beckons again. From simple  issues like crying to his domestic duties and  complicated issues like strength or weakness as it may be, the kind of career suitable for his gender. The  society places higher expectation on a boy child which is not expected of its female counterpart. African culture moulds and expect a boy to be brave, not to show weakness as the dominant gender and above all, live to be responsible so as to carry on the family’s name.

At a certain age again, the boy is expected to take up the role of a protector; to protect that little sister, to protect the mother even though he’s still so tender. All these expectations stem from the fact that he’s going to grow up to be a man and he must live up and its important to grasp that concept right from an early age. That little boy is expected not to show a sign of weakness in a patriarchal society.

The boy child is pressured right from that early age about what is expected of him. Showing weakness is not allowed. As time goes on, the boy child grows up feeling pressured. No wonder, some grow up to be criminals. While the boy child is raised to be responsible, the female counterpart is raised to be to be a good wife. However,the tables are now turned as in contemporary times. Women are gradually taking over and men are becoming sidelined. This is because, over the years, there has been a lot concentration on the female gender as there are movements to liberate the girl child. Such movements have obviously paid off as things are no longer as it were before. While gender roles continues to change in favour of female children, the situation is still the same for the boy.

A rape incident whereby a male is the victim is unheard, of not for lack of cases of rape but for societal attitude to such issues. While a girl child raped can understandably evoke pity and understanding from people, the boy-child case is not as pathetic. Thus, few rape cases of the boy-child is reported as ‘the boy is expected to be superior to a female gender and strong.’ An admission of rape by a boy will be deemed  shameful because such victim is expected to man up and be strong.

All these societal expectations, while some has its benefits, it also has its disadvantages. We shouldn’t raise that boy-child to believe that crying is a sign of weakness, bottling up those emotions may not be beneficial to that child. An emotional child who’s taught not to show signs of weakness might just grow up to be a family man who abuses his wife and takes up his frustration on his family. That child shouldn’t grow up to believe that crying is not cool. It’s just one of those outlet for our emotions and an expression of grief. It actually portrays our humane nature.

That boy child should be raised up to know that he’s the architect of his own future and not a pre-conceived gender role. Apportioned gender shouldn’t be a restriction to one’s passion. Nursing is presumed not to be a career part for a man because it’s more like a woman’s job and it’s not manly. So,what happens to that boy who would love to be a Nurse? Beliefs like this tends to restrict a child’s thinking horizon and limits his creative imagination, and may be an encuberance to his potentials. All those dreams and potentials will just be trapped in a bottomless hole of longing and uncertainty.

Train that boy-child to understand that women are not inferior. In most African homes, boys are given specific domestic roles and obligation, that is different than that of their female counterpart. While that boy-child is raised up to be manly,the girls are mostly raised up to be the professional wife; a role that indirectly makes them inferior to their male counterparts. Teach that boy child that cooking doesn’t come  pre-installed in a vagina; it is learned and it shouldn’t be restricted to a gender. This belief conceived the horrible notion that girls’ education ends in the kitchen and a woman’s value depends on how domesticated she is. The child might just grow up being an egoistical chauvinist whose simpering wife feeds his ego. The belief in a woman’s inferiority and position makes them emotionally shallow as they belief that their success is enough. This doesn’t bode well for a child conceived in a family,whose father is emotionally shallow.

These societal expectations put pressure on the boy as he presumes that his value is based upon fulfilling societal expectations and if  things doesn’t go as planned, the feeling of incapability brings frustration. The coping mechanism for frustration can be expressed in different ways. While some succumb to peer pressure, they start  taking drugs, smoking and getting involved in shady dealings. Some cope by taking out their frustration on their family, thereby assaulting their wife and children. All these reactions are nothing but a product of improper upbringing of a boy child. Research shows that there are more male prisoners than female prisoners. This is just an implication of a faulty upbringing and undue concentration on the male gender.

Apportioned gender roles, belief, prejudices and pressure has influenced, and will continue to influence the life of that boy-child. Teach him to believe in gender equality. That boy-child taught to regard and treat women as an inferior will soon feel like a stranger in the gradual new world order. Perhaps, what started as feminist movement, a product of male domination, might  lead to women domination, which will still create an imbalance. Bring the boy-child up to know that there’s nothing wrong in being themselves as being the best version of themselves is the best they could ever be! After all, the child is the father of man!

JUST DO IT
THE BEST PLACE
Not Always How Fast, But How Well
LEADERSHIP
Post Views: 205